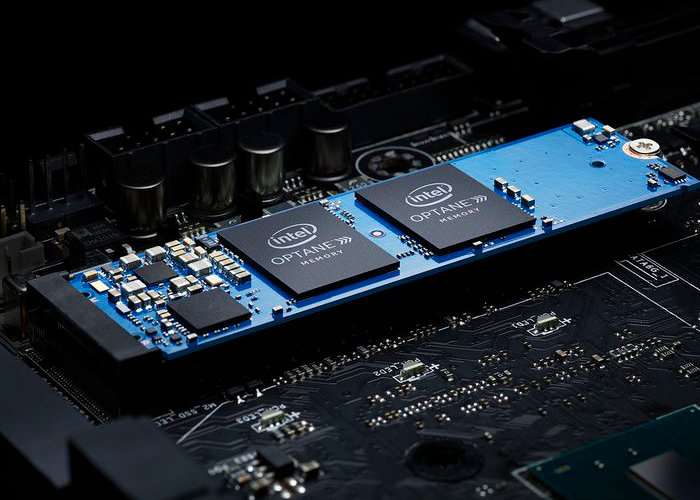 During April 2017 Intel will be making available their new Intel Optane storage in consumer PCs, enabling for the first time consumers to be able to benefit from the latest storage technology.

The news follows on from the launch of the first Intel Optane solid state drive that was specifically designed for enterprise applications and was priced accordingly at $1,520. Although you can expect the new consumer solutions to be more affordable and in smaller configurations.

Pricing for consumer Intel Optane storage will start at just $44 but will only provide 16 GB of storage while a 32 GB module will be available for a little more at $77. Both of which will be available from April 24th, 2017 to purchase both online and from retail stores. Brad Linder from Liliputing explain more about their technical specifications :

Both are M.2 PCIe 3.0 drives that use the 3D Xpoint technology Intel developed together with Micron. And both offer read and write speeds that far surpass what you’d typically expect from NAND flash, although the 32GB drive is faster than the 16GB module.

Odds are that most computer users will want more than 32GB of storage, but throw these SSDs into a system that already has a large hard drive and you get some of the best of both worlds: plenty of speedy storage for currently running applications, and plenty of storage for media, documents, and other files.

Intel doesn’t officially support installing Windows to an Optane drive yet. Instead the idea is to use these drives as cache storage. Intel Rapid Storage Technology will let your computer treat a hard drive and Optane drive as if they were a single drive… but use the faster drive for data caching purposes, which should speed up a lot of operations.