Intel has announced a new and very fast solid-state drive for enterprise and datacenter use. The drive is called SSD 910 series and is designed to slip into servers without having to change the server design. The drives slip into the PCI express slot inside the computer. 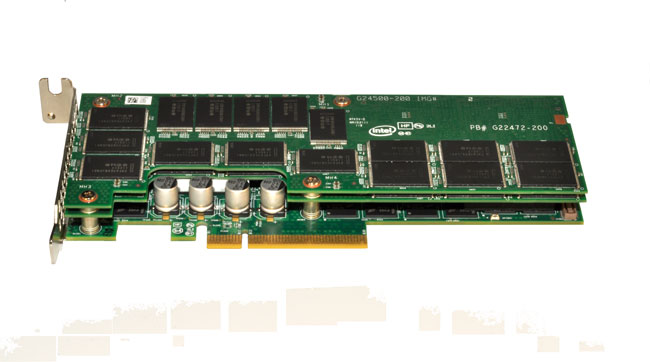 This SSD is offered in 400 GB and 800 GB capacities and Intel claims it is faster than multiple 15,000 RPM HDDs. The drives use Intel’s special High Endurance Technology and optimized MLC flash memory chips for durability. Intel says the drives are capable 10 full drive writes each day for five years.