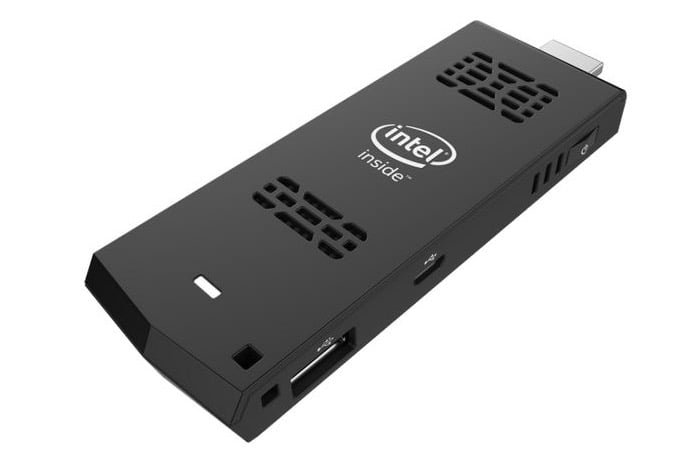 Intel has taken the wraps off their new Intel Compute Stick mini PC at CES 2015 this week. The new mini PC will be launched by Intel later this year during the first quarter of 2015 priced at $149.

Although there are a wealth of small mini PC stick style devices already available with a more recent versions being powered by ARM processors. The new Intel Compute Stick will be powered by a Intel Atom Bay Trail processor, as you might have guessed.

The Compute Stick will also be equipped with 2GB of RAM together with 32GB of internal storage and will be supplied running Microsoft’s latest Windows 8.1 operating system with Bing software included.

Other features of the new Intel Compute Stick include connectivity via 802.11n Wi-Fi and Bluetooth, together with a handy microSD card slot for storage expansion and of course the HDMI connector at one end with a USB port at the other positioned on the right side.

If you would prefer a mini PC loaded with a Linux operating system Intel also has a system currently being developed that will be supplied sporting 1GB of RAM together with 8GB of storage and a linux OS that will be launching later this year priced at around $90.