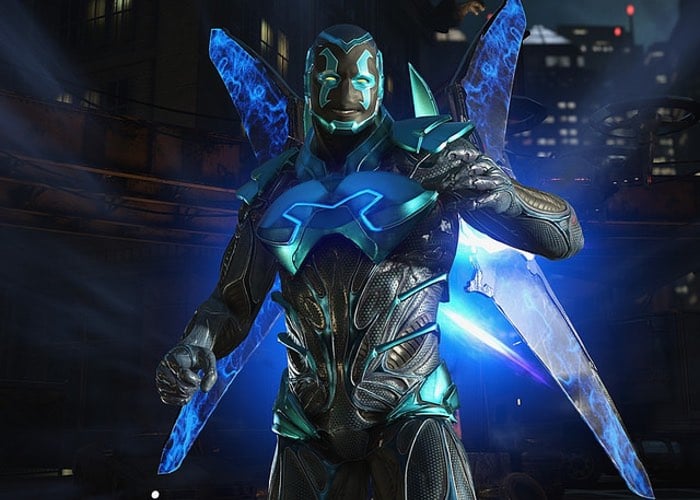 Tyler Lansdown from NetherRealm Studios has taken to the official PlayStation blog this week to reveal more details about the new characters that will be joining the roster in the upcoming Injustice 2 game.

Check out the latest Injustice 2 official trailer which reveals the new characters of Wonder Woman and Blue Beetle.

Just in time for her 75th anniversary, Wonder Woman makes her return to the Injustice franchise. In the first Injustice game, Wonder Woman’s character power gave her the ability to switch between her Sword & Shield attacks and her Lasso of Truth. In Injustice 2, she is no longer limited to when she can use her Amazonian weaponry.

Now, Wonder Woman brings the whole arsenal. Combining her long range Lasso attacks with quick hitting sword combos makes her an even more powerful brawler than before. And while she is at her best dealing damage up close, her Shield Toss and the ability to reflect fireballs with her Bracelets of Submission means she is no slouch from afar.

Her new character power has her gain blessings from the Greek Gods which enhance her combat capabilities in a variety of ways. For example, Hermes can enhance her mobility and give her the ability to air dash.

The other new character we are proud to announce is a character fans have been asking for since the first Injustice. Blue Beetle makes his debut in Injustice 2. His alien technology allows him to form various gadgets and weapons for his power suit that make him a well-rounded, Jack of All Trades type character that can be effective up close and from afar.

Blue Beetle’s hands can turn into shields, blades, and clubs for punishing close range combos, and he can attack from a distance by turning his hand into an energy cannon that fires quick blasts from the ground or air. He can also use the wings on his back for air mobility, both to advance or escape from the opponent.

For more information on the new Injustice 2 game jump over to the official PS Blog website for details via the link below.