So says the European ATM Security Team (EAST) in a new report that indicated a 24% in ATM crimes during the first six months of 2010 compared to the same period last year. The worrying numbers marks an all-time high thanks to a fresh spin on old gadgets. 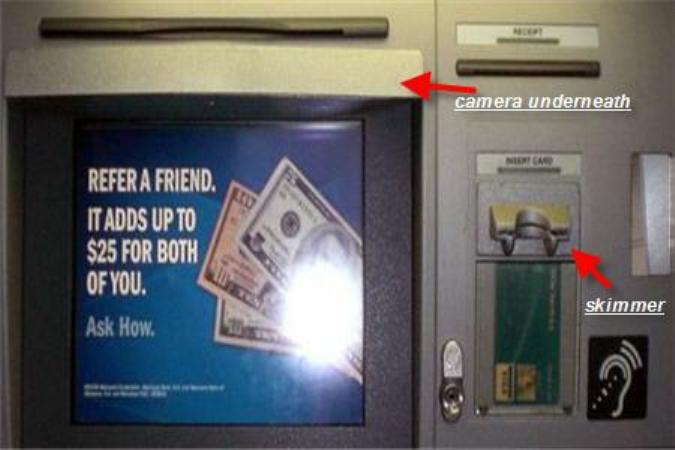 Most worrying is the new DIY tech criminals are using to skim—read the data on your ATM card—involving very simple parts. Some hackers even sell you the necessary hardware that’s placed over the ATM card reader’s throat. The camouflaged ATM part either has a mini-camera or carries a stealth recording device that reads the data on a card’s magnetic strip.

To think these gadgets are from cannibalized cassette and mp3 players that aren’t even difficult to build. The techniques for this have been around since the early 90s and were even described in a 1992 issue of the uber-underground hacker webzine Phrack.

Despite this bothersome it of news, EAST also noted that the crimes may be more common but the resulting losses have dropped compared to previous years.

One of the most practical countermeasures to curb skimming is to cover the ATM’s keypad while you type in the numbers. Also try to limit ATM card use for deposits and withdrawals. Use cash a lot if possible.