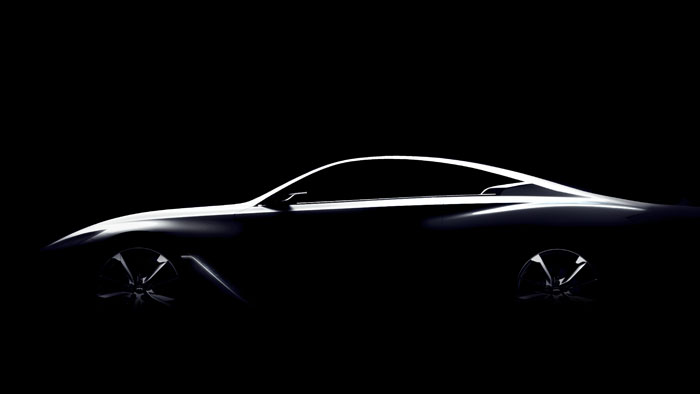 Infiniti plans to show off an all-new sports coupe concept at the 2015 North American International Auto Show in Detroit. Ahead of that official unveiling, Infiniti has offered up a single teaser image of the concept car called the Infiniti Q60 Concept. The image is only the silhouette of the car and doesn’t reveal much about the vehicle or its style. What we do know is that this is a coupe.

Infiniti says that the performance coupe concept will use the same design language seen with other Infiniti concept cars. Perhaps this concept will eventually be turned into a sports car that fans can purchase, like the slick Infiniti Q50 Eau Rouge concept. There is no word on performance, engines, or anything else on the Q60 at this time. The naming convention suggests that the Q60 will sit above the Q50. I wonder if it will be a revamped version of the Nissan GT-R or something all new.