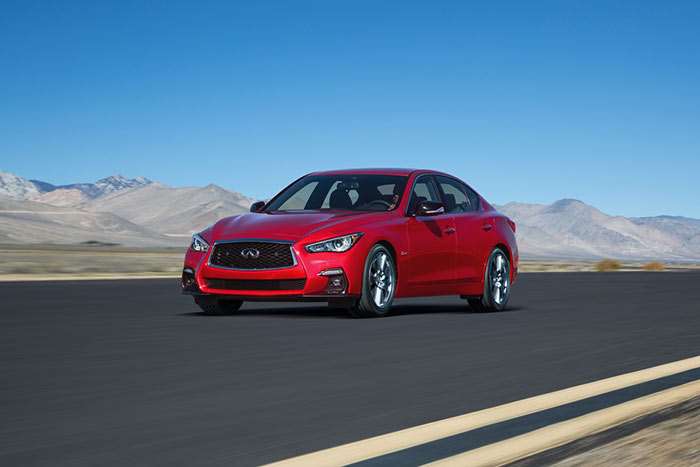 The Geneva motor show is set to kick off soon and at the show will be the official unveil of the new Infiniti Q50. The Q50 is the core model and Infiniti’s best selling vehicle globally. The car will get second generation Direct Adaptive Steering, a steer-by-wire system supporting smooth operation. The steering feature is also said to be a precursor to fully-autonomous driving.

The Q50 can be had with a 3.0L twin-turbo V6 engine. Other engines from the VR powertrain family will be offered. Infiniti is holding off on most of the details of the car until its official unveil in Geneva.

The official unveil will happen on March 7 at 8:15 am CET at the Infiniti press conference in Geneva. The lone image makes the car look pretty good. I wonder if the special steering means the Q50 can be software upgraded for autonomous driving down the road.