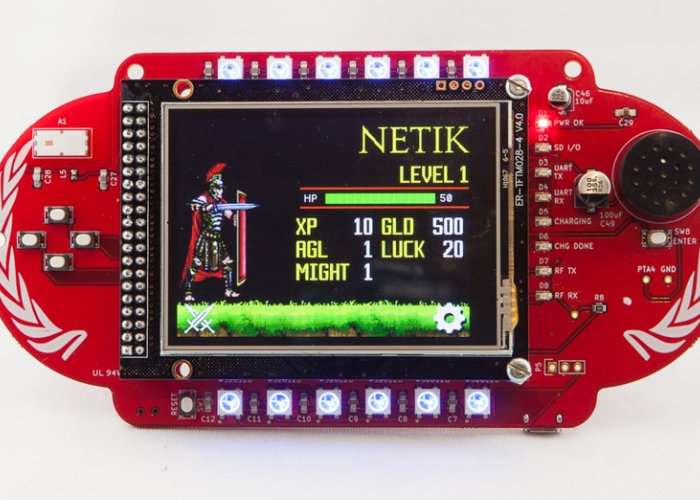 30,000+ visitors are expected to make their way to this year’s 15th Defcon 2017 annual hacking conference held in Las Vegas. If you would like to upgrade your conference badge but won’t have the time to hack one yourself.

You may be interested in an electronic conference badge in the form of the indie Defcon which has been created by John Adams, who has taken to Kickstarter this month to raise the funds he requires to make a small production run that will ship in time for this year’s Defcon event.

Watch the video below to learn more about its inspiration, construction and features.

Badge Hardware Specs – Our board is packs a full computer, display, and sound into a custom 6″ x 3.5″ board:

For more information on the electronic conference badge jump over to the Kickstarter website via the link below where pledges are available from $120 and shipping expected to take place during July 2017.