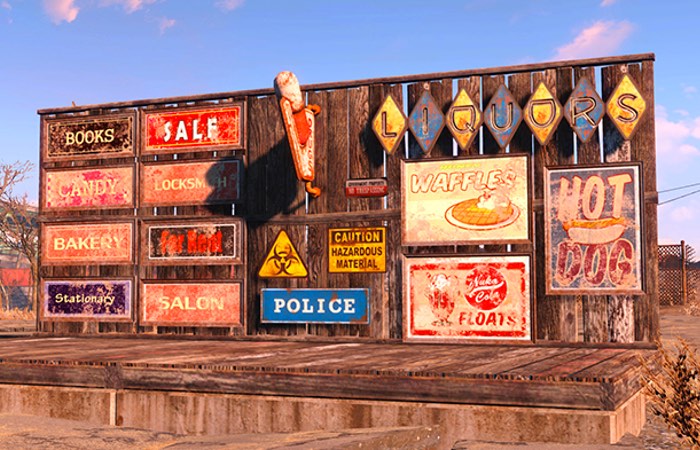 Bethesda has today announced that the next Fallout 4 update 4.1.4 will bring with it enhancements to settlements as well as plenty of tweaks, improvements and bug fixes for players across all platforms PC, Xbox One and PlayStation 4, once the patch is released out of its beta development stage.

New features within the Fallout 4 patch will add additional art customisation to the Workshop in the form of Super Mutant clutter including meat totems, meat bags and meat cart, Raider clutter including raider poles, cages and tents, abstract and portrait paintings, a variety of new signs and more metal and wood doors variants.

Fixes included in this latest patch for the Fallout 4 game will include :