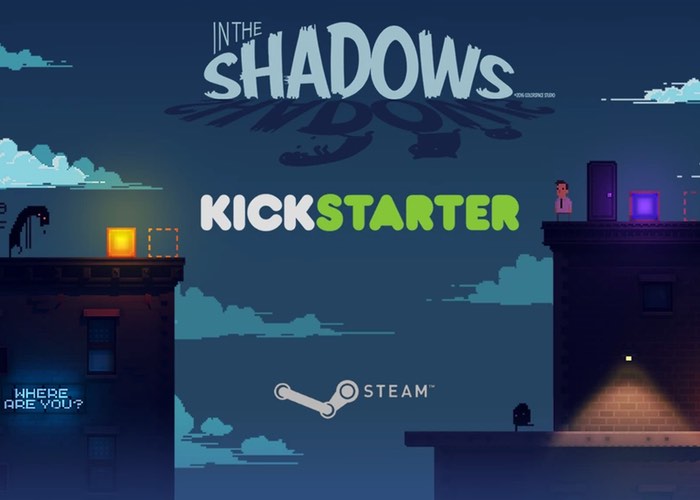 Nicolas Temese from Color Space Studios has announced via the official PlayStation blog that the game studios latest creation in the form of In the Shadows, has now been confirmed for release on Sony’s PlayStation 4 sometime during 2017.

As well as announcing the launch of In the Shadows sometime next year on PS4 a new gameplay trailer has also been released providing two minutes of gameplay to whet your appetite.

In the Shadows takes the form of a puzzle platformer where shadow monsters lurk in the night requiring players to use lights to scare them away. As developers explain more. In The Shadows  has this week launched by the Kickstarter crowdfunding website and will be available on Windows Mac and Linux as well as the recently announced PS4 console.

In the Shadows tells the story of a man who daydreams of a forgotten, imaginary world from his youth. His adult life has stalled and he escapes to this world to piece together events from his past. Something has been lost and there is a void that needs to be filled. With each memory he relives, the man finds more clues.

The puzzles are carefully crafted so that the game progresses at a comfortable pace while providing quite the challenge later on. All of the puzzles are based around different objects that come to life in the night as shadow monsters. Each of these monsters serves a purpose; for each obstacle there is a solution. You can scare away a monster to transform it into a tool that will grant you a new ability with a unique mechanic, but you need to be careful as the tool will transform back into a crawling monster when the lights are off!

The puzzles increase in complexity as you progress in the game — finding all the stars and uncovering secrets will make the task even more difficult. You will need to plan carefully how to move objects around and sometimes timing can be essential.

For more information on the new In the Shadows game that is currently under development jump over to the official PlayStation blog website for details or the Kickstarter campaign to make a pledge following the links below.