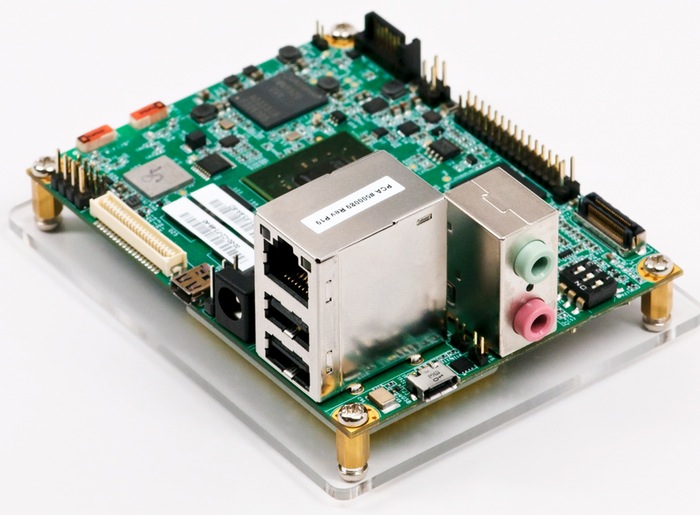 Makers, hobbyists and developers looking for a new Linux Fedora or Ubuntu development board for their projects might be interested to learn that the IFC6410 Pico-ITX board which is available to purchase for around $149.

Is now capable of running Linux Ubuntu 14.04, Fedora 20, or any other desktop operating systems based on Linux platform that might be suitable for your project.

To re-cap the IFC6410 Pico-ITX board is powered by a Qualcomm Snapdragon 600 processor which is the same one that is included in the HTC One M7 and Samsung Galaxy S4 smartphones.

The development board is also fitted with 2GB of RAM and includes 4GB of internal storage together with wireless and Bluetooth connectivity as well as ports for Gigabit Ethernet, USB, USB OTG and SATA, as well as GPIO, UART, SPI, and I2C connectors.

The Linux Fedora and Ubuntu builds include open source graphic drivers from the Freedeno project, which is a reverse engineered driver offering both 2D and 3D accelerated graphics, as well as support for OpenGL ES 2.0.

Unfortunately though if you are looking to create a Linux-based media or gaming system there is still no support for hardware accelerated video playback. Meaning that it might be better to look elsewhere for a different developer board to be included with your media centre or gaming system project.