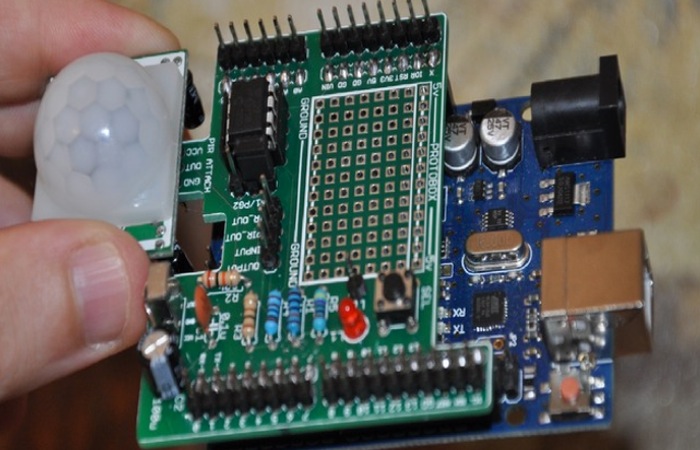 Makers and developers looking for a motion sensor Arduino Shield, are sure to be interested in this new ICU-Duino which has been created by Patrick Thomas Mitchell based in Ottawa, Canada.

The ICU-Duino motion sensor Arduino Shield has been designed to provide users with a a shield that both detects motion and also uses wireless infra-red communication between an IR remote control and your Arduino board.

“I’ve designed a small, but neat Arduino UNO shield that detects human presence through the use of a passive Infra-red (PIR) sensor from all directions.  In addition, this shield has an on-board Infra-red (IR) sensor that can pick up signals from a 38kHz remote control, which means that you can control your Arduino circuit wirelessly from further than five meters away!

The ICU-Duino connects seamlessly to your Arduino UNO!  I’ve included a small PIC10 based processor into the design that allows for you to easily toggle logic using an IR remote control.  You can also toggle logic using the on-board “SE” button.  The above video gives a detailed demonstration of each of the functions.” 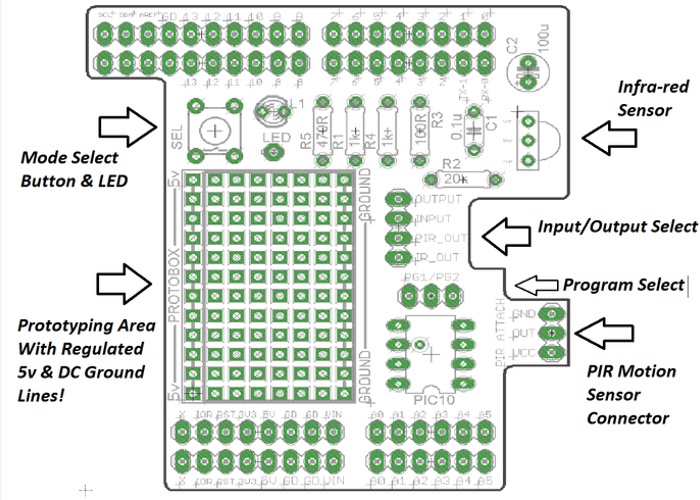 The motion sensor Arduino Shield project is currently over on the Kickstarter crowd funding website looking to raise enough pledges to make the jump from concept to production.

So if you think the ICU-Duino motion sensor is something you could benefit from, visit the Kickstarter website now to make a pledge and help ICU-Duino become a reality.