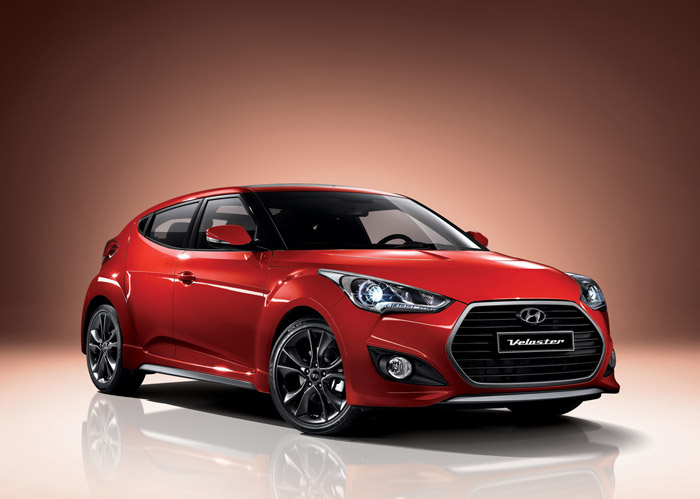 Hyundai isn’t exactly known for cool cars these days being more known for economy cars you can buy on the cheap by most people. One of the only cool cars that Hyundai offers is the Veloster and that car has been unveiled with a new facelift and a new transmission option. The six-speed transmission in the turbo version of the car is being replaced with a 7-speed dual clutch gearbox.

The turbo version for the car makes do with the same 1.6L turbo engine producing 201 hp and 195 lb-ft of torque. There are a few tweaks on the outside with new wheel options and silver trim around the grill. The car also gets an odd engine sound equalizer inside the car that gives drivers six different engine soundtracks.

The instrument cluster was changed and the seats are now two-tone. The interior also uses new materials all around. The refreshed Veloster Turbo with the 7-speed DCT will start at the equivalent of $22,000 in Korea. The sad part about these announcements is that it is unclear if they are for the Korean market only or if they will spill over to the US market as well.