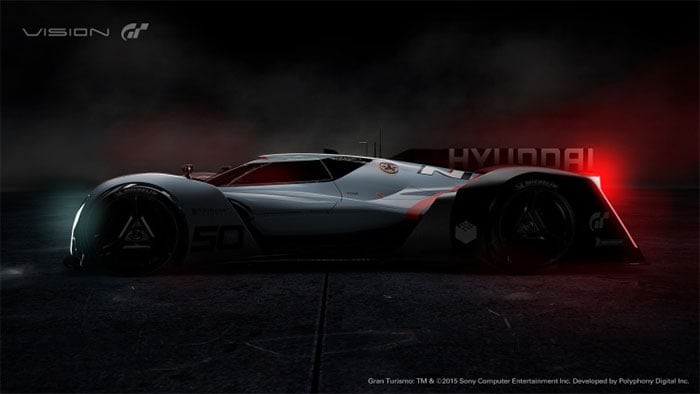 Hyundai plans to show off a bunch of new cars and a few concepts at the Frankfurt Motor Show this month. Among those concept cars will be the new virtual concept aimed at players of Gran Turismo on the PlayStation. Hyundai’s car is the N 2025 Vision Gran Turismo and it is a virtual racecar with very futuristic design reminiscent of a fighter jet and a Le Mans car combined.

Hyundai is keeping some details of the concept to itself. Namely, we have no idea what virtual power plant will propel the digital racer. With a focus on green power, odds are it will be a hybrid system or maybe even an electric racer. What we can tell from the two teaser images is that the car is very sexy, low slung, and looks fast.

Hyundai is using the N 20205 to introduce its N performance sub-brand at the show. The company will also be showing off some other cars during the show including the new i20 WRC car, i20 Active, and the new Santa Fe SUV. Hyundai will kick off its press events on September 15 and we expect more details on the N 20205 at that time.