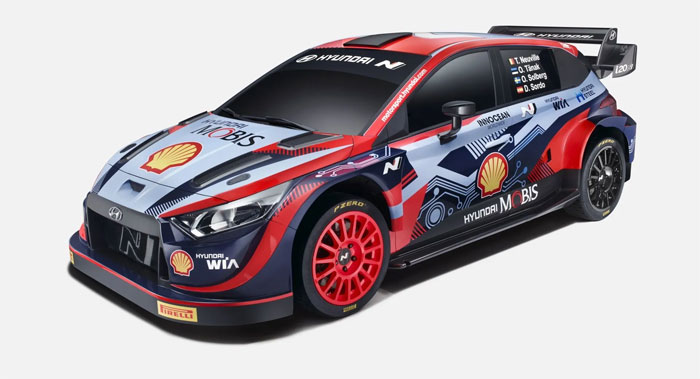 Fans worldwide know that WRC is so the most exciting racing to be seen. Some of the most iconic racing vehicles in the history of motorsports have originated in the WRC, and Hyundai has a new racer that it will field in the series.

Hyundai has revealed the i20 N Rally1 racing car that will be used in the 2022 WRC series. It will hit the stage in competition against the Toyota GR Yaris Rally1 and the Ford Puma Rally1. One of the most important requirements to race in that class is that all vehicles have to use hybrid technology.

To set the racing car apart from the production vehicle and give it the aerodynamics needed for high-speed racing, the i20 N Rally1 has an aerodynamic body kit with wide front and rear fenders, different bumpers, a center exhaust, and a large rear wing. Power comes from a 1.6-liter four-cylinder engine paired with an electric motor. Exactly how much power the system makes overall is a mystery, but Hyundai has confirmed the electric motor produces 134 horsepower and 132 pound-foot torque. The first race for the vehicle will be on January 20.