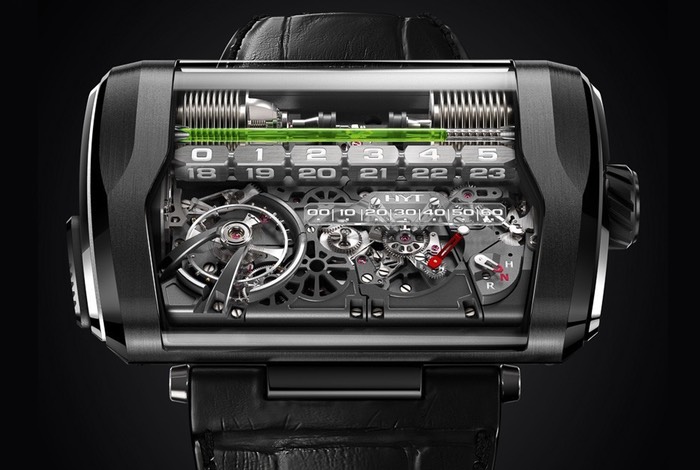 This month watchmaker HYT has unveiled their third-generation hydro-mechanical watch that is equipped with a hybrid movement in the form of the HYT H3.

The new watch design has changed from a circular to a linear design and was unveiled during the Baselworld 2015 earlier this month. 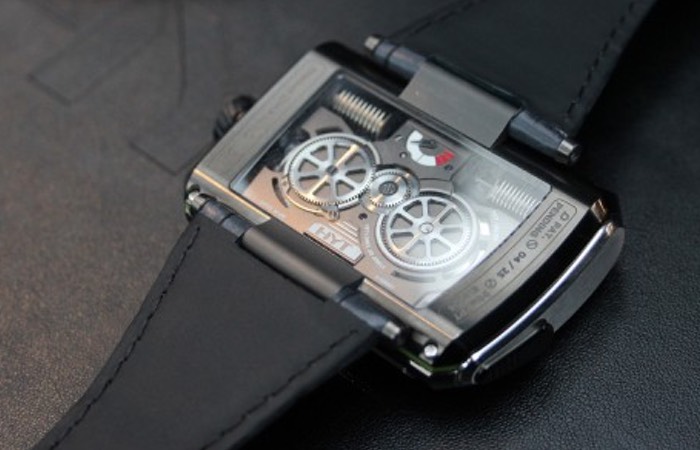 As you might imagine the latest HYT H3 watch is a limited edition timepiece with only 25 being made and being launched during September 2015. Each one will be priced at $290,000 and offer both manual winding with a 170 hour power reserve.

“Minutes are handled in a similarly linear fashion, with the traditional watch movement driving an articulated hand along a straight 60 minute readout. The case, which is constructed from PVD-coated titanium and micro-blasted, satin-finished platinum, measures 62 mm by 41 mm and is 16 mm thick.

It’s water resistant to 30 m (98 ft) and, like the H1 and H2, features a power reserve indicator, this time located on the rear of the watch.”

For more information on the new HYT H3 watch jump over to the official HYT website for details and the ability to preorder your very own ahead of its launch this coming September.