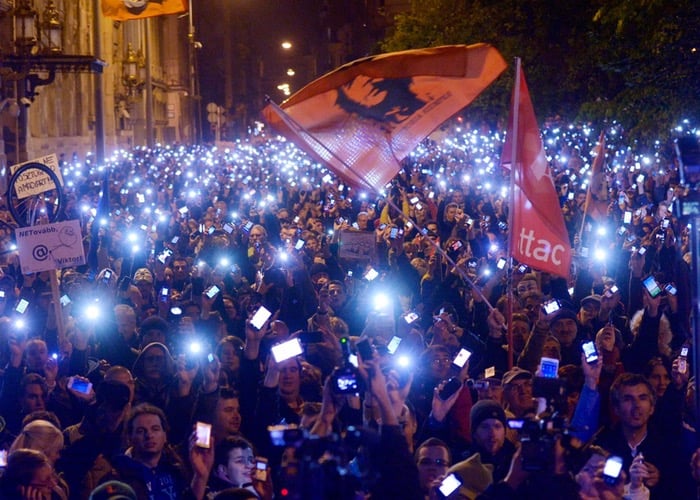 Hungarian Prime Minister Viktor Orban has today put on hold plans to impose an Internet taxin Hungary, after massive street protests by those opposed to the plans, as well as warnings from the European Union that the Internet tax was the wrong thing to implement.

Orban the Hungarian Prime Minister has explained that the new Internet Tax has not been scrapped altogether but has been put on hold in its current form.

The Internet Tax was being imposed by the Hungarian government to try and reduce the countries budget deficit. Tamas Lanczi, chief of Hungary’s Szazadveg Political Analysis Centre explained :

“Overall, the law was visibly flawed at several points, and it seemed ill-prepared. It was not an ideological question or a matter of big money,”-“When any government faces an angry population the best thing it can do is change course.”

The Hungarian Prime Minister explained on public radio that : “This tax in its current form cannot be introduced,”-“If the people not only dislike something but also consider it unreasonable then it should not be done.”

For more information on the latest news about the Hungarian Internet Tax proposal jump over to the Reuters website for further details via the link below.