Huawei is expected to announce a number of news devices at Mobile World Congress later this month, and now we have a photo of a new Huawei 7 inch Phablet, which may appear at MWC.

The photo below shows this new Huawei 7 inch Phablet in the middle of and iPhone 5S and a Samsung Galaxy Note 3, it will apparently measure 183.5mm by 103.9mm by 7.5mm and will weigh 239g. 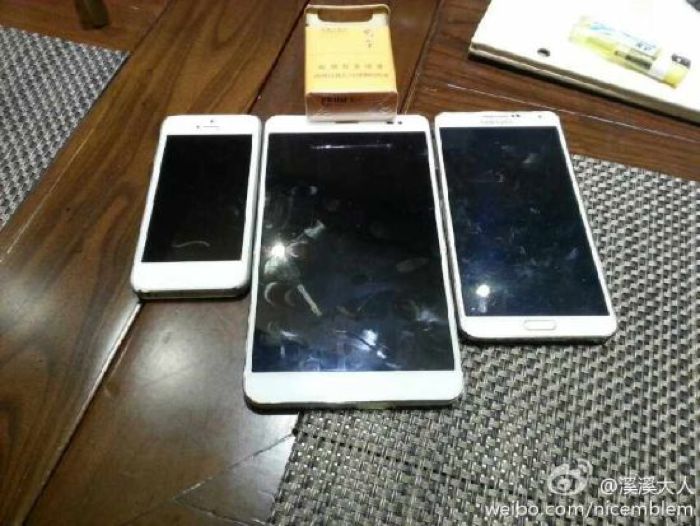 As yet we do not know what this new Huawei Phablet will be called, the device will apparently be powered by a quad core 1.6GHz Hisilicon V9R1 chipset and will come with 2GB of RAM.

Other rumored specif actions on this new device include a 7 inch display with a resolution of 1920 x 1200 pixels and it will also come with front and rear facing cameras.

The rear camera on this new Phablet is said to be a 13 megapixel version, as yet there are no details on what resolution thf front camera will feature.

This Huawei 7 inch Phablet will apparently come with Android 4.2.2 Jelly Bean, and it is expected to retail for about 1200 yuan, which is around $200.