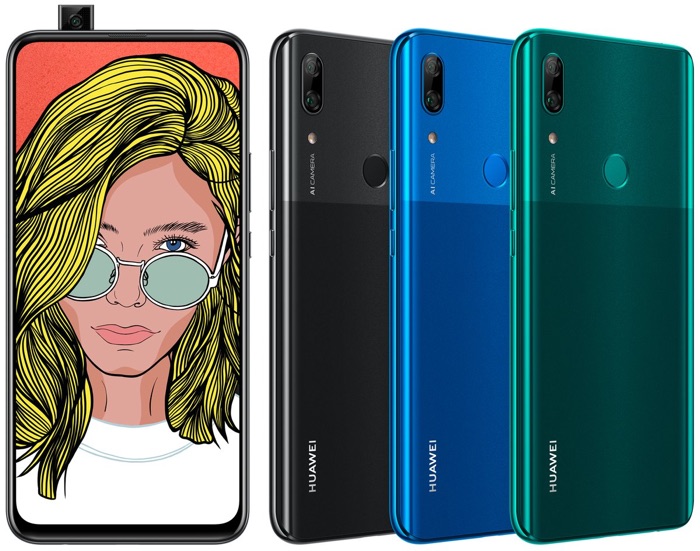 A picture and some details have been leaked on a new Huawei smartphone which will have a pop up camera, the Huawei P Smart Z.

The picture above was posted online by Evan Blass and it gives us a good look at the design of the new Huawei P Smart Z.

The handset us rumored to come with a Kirin 710 processor and 4GB of RAM and 64GB of storage, it will also come with dual rear cameras and  single pop up camera on the front.