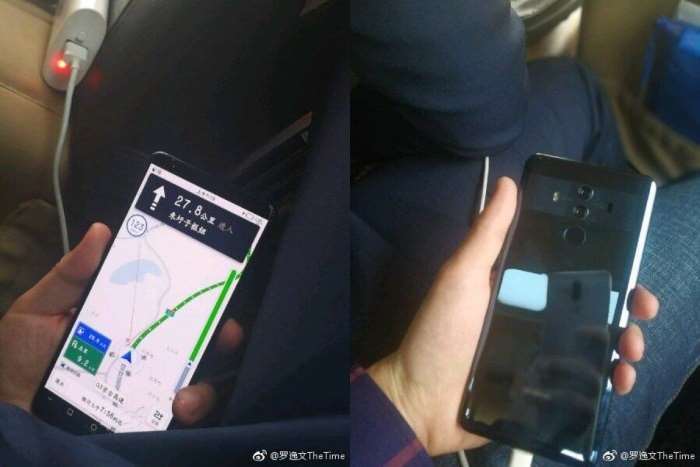 It’s raining leaks and rumors about Huawei’s upcoming flagship device, the Mate 10 and the Mate 10 Pro. Not too long ago, the company posted a teaser of Mate 10’s battery and now we have something interesting to share about the Mate 10 Pro.

Recently, the handset was spotted in the wild, revealing the look of the handset from front and back. It’s quite normal as prototypes are being tested and show up sometimes before the handset is officially announced.

The real image goes in line with the press renders we’ve seen in the past, featuring a dual camera setup on the back as well as a fingerprint sensor as shown above.

Previous rumors suggests that the handset comes with a 18:9 screen along with the Kirin 970 processor as well as a 4,000 mAh battery and 4GB of RAM.

The company has scheduled an event on October 16th where the company is expected to launch the Mate 10 and Mate 10 Pro. We’ll update you as soon as we hear anything more about the handset.