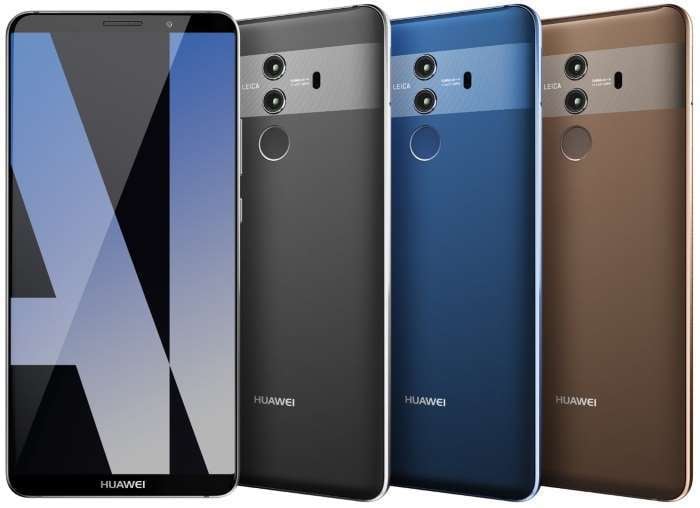 Huawei is rumored to announce a number of high-end devices later this month, including the high-end Mate 10 Pro.

Recently, the prolific Evan Blass psoted an image of the upcoming Huawei Mate 10 Pro in all available color options.

In case you can’t recall, some promotional material of the Huawei Mate 10 Pro made its way on to the internet a few days back, revealing some of the key features of the handset.

As per the leaks, the alleged device is expected to come in three color options as shown above: grey, blue and brown. All of them looks quite good, featuring a dual-camera setup on the back of the device with a curved display. Previous rumors hints at a 18:9 screen along with the Kirin 970 processor as well as a 4,000 mAh battery and 4GB of RAM.

Huawei is expected to unveil the new devices on October 16th. We’ll update you as soon as we get to hear anything more about the alleged device.