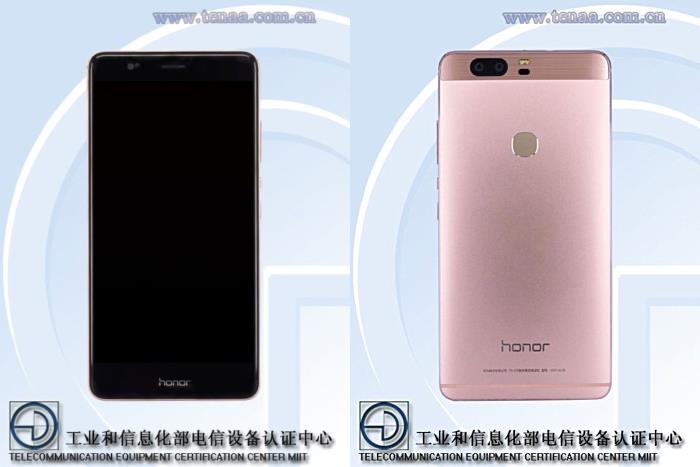 We’ve heard a little bit about Huawei’s upcoming device, the Honor V8. The company announced it’s going to announce the Honor V8 smartphone at a press event on May 10th.

Recently, the Honor V8 smartphone was recently spotted on TENAA, a certification body in China. The listing also revealed some of the specifications of the upcoming handset.

Three variants of the device are certified, including the KNT-AL10, KNT-TL10, and KNT-AL20. The first two variants are basically the same with different color option, while the KNT-AL20 features an upgraded processor.

KNT-AL10 and KNT-TL10 features a a 2.3GHz octa-core CPU, a 5.7-inch Full HD display, 4GB of RAM, 32GB of internal storage, and a 3,400 mAh battery to make sure there’s enough juice for the handset. Both variants ship with a 12MP rear camera for photos and videos, 8MP front-facing camera, and runs Android 6.0 Marshmallow as its operating system.

As for KNT-AL20, this variant comes with a QHD display and is powered by an octa-core processor clocked at 2.5GHz as well as 64GB of internal storage.