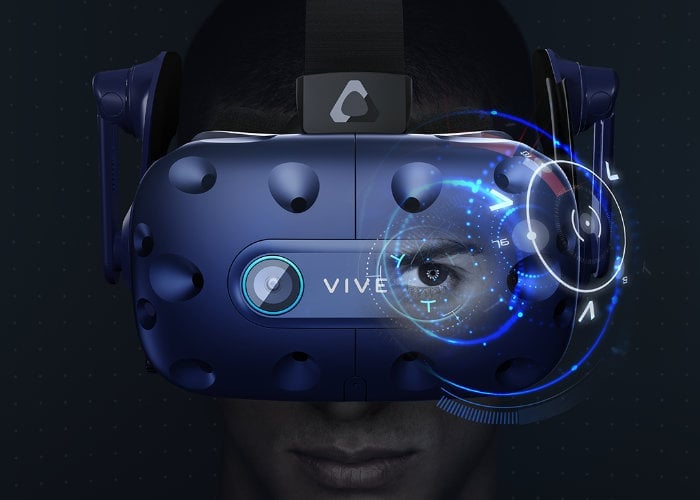 Smartphone and Virtual reality hardware manufacturer HTC has confirmed that they are discontinuing the previously released HTC Vive Pro and HTC Vive Focus VR headsets. Replacing the hardware with their latest gear in the form of the Vive Pro Eye and Vive Focus Plus VR headsets.

To complement the change H TC has reduced the price of the Vive Pro Eye Full Kit marking it down to $1,399, the previous price of the now discontinued Vive Pro Full Kit. HTC explained little more about the changes : “Overall, we’re simplifying our product families to Cosmos (Consumer), Vive Pro Eye (Enterprise) and Focus Plus (Stand-alone), so these changes reflect the approach”.

As the name suggests the “Vive Pro Eye” is equipped with eye tracking technology, Which is capable of tracking and analysing eye movement attention and focus. Enabling developers to create more immersive and virtual simulations as well as gain insights about user performance and interaction, improving training scenarios and opening the door to “deeper data analysis” says HTC.

For more details on the Vive Pro Eye virtual reality headset jump over to the official HTC site.