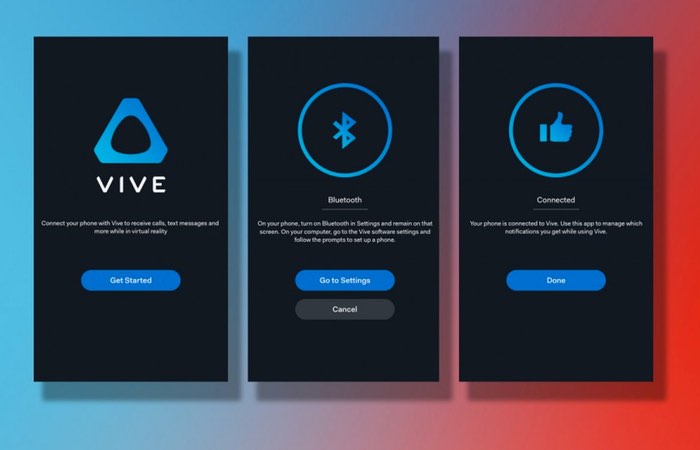 If you are waiting for the arrival of your new HTC via virtual reality headset you might be interested to know that HTC has this week officially launched its new HTC Vive iOS application allowing you to stay connected even whilst immersing yourself in the new virtual reality environments.

The HTC Vive VR headset will be launching on in just a few days time on April 5th, 2016 and has been developed in a partnership between Valve and HTC and brings with it “room scale” technology to turn a room into 3D space via sensors.

Don’t miss what’s important IRL while you’re in VR. To get essential notifications in the world of virtual reality, just connect your iPhone with your HTC Vive. Notifications about phone calls, text messages and calendar events pop up without interrupting play and appear in the Vive tab on your System Dashboard so you can view them later too.

From the Vive tab on your System Dashboard, you can:
– Respond to a missed call
– Read text messages or call the sender back
– Get notified about calendar events and view the details

To whet your appetite ahead of the launch of the HTC Vive VR headset check out the launch trailer for the new game that will be available to play in the form of The Gallery: Call of the Starseed.

Your missing sister, an ancient machine, and a sinister presence await within The Gallery, an episodic, built-for-VR game inspired by dark 80’s fantasy films. Step into a one-of-a-kind virtual adventure featuring groundbreaking new game mechanics, in a forgotten world, filled with bizarre characters and wonder.