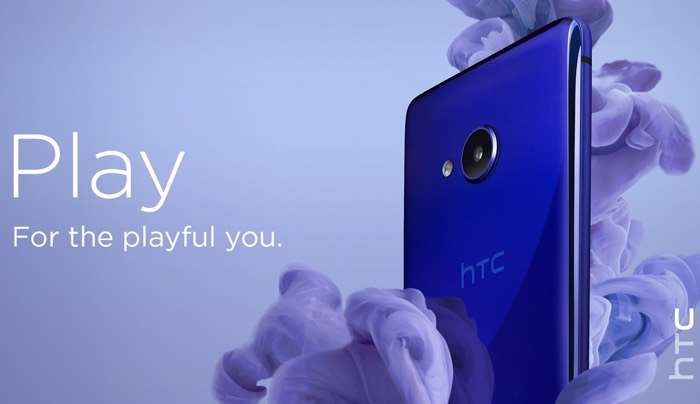 It looks like HTC are getting ready to launch a replacement for their U Play smartphone, the HTC U Play 2. Some specifications have been leaked on a new HTC android smartphone and it is thought to be the new U Play 2.

The HTC U Play 2 recently appeared in the Geekbench benchmarks and the handset is listed with Android 8.0 Oreo and an octa core Qualcomm Snapdragon processor. The device will apparently be powered by a Snapdragon 660 and it will also come with 4GB of RAM. 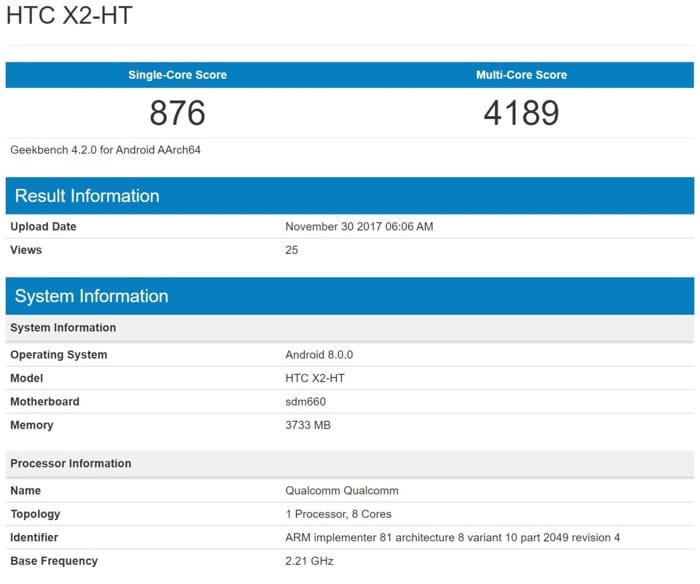 The new U Play 2 smartphone is rumored to launch some time before the end of 2017, so we presume that we will be seeing the handset some time next month. Unfortunately there are no other details on the handsets specifications.

We presume that HTC could keep the same 5.2 inch Full HD display that they used in the first generation handset. As soon as we get some more details about this new Android smartphone, we will let you guys know.