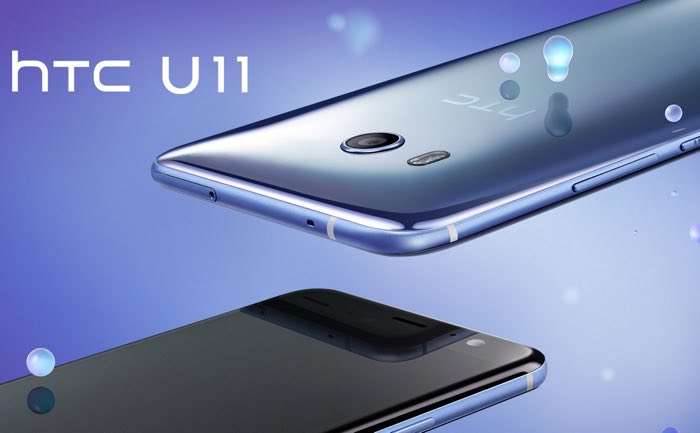 The new HTC U 11 smartphone is now official and we have all the details and specifications on HTC’s latest Android flagship.

The HTC U 11 comes with a 5.5 inch Super LCD display with a QHD resolution of 2560 x 1440 pixels, the handset is powered by a Qualcomm Snapdragon 835 processor.

The handset comes with 4GB of RAM and 64GB of storage, there is also a 6GB and 128GB storage version for some international markets, both devices feature a microSD card slot for expansion.

The new HTC U 11 comes with a new feature called Edge Sense, this lets you squeeze the edge of the handset to perform actions. The device also comes with the ability to record 360 degree audio thanks to its four microphones.

The handset is equipped with a 12 megapixel UltraPixel 3 camera on the back with OIS, an f/1.7 aperture and a dual LED flash, the rear camera is capable of recording 4K video.

On the front of the new HTC U 11 we have a 16 megapixel camera which has been designed for Selfies and it comes with a range of Selfie features, like Selfie Panorama mode and more.

The HTC U 11 is equipped with a 3000 mAh battery and it comes with Quick Charge 3.0, it will be available in a range of colors which include Sapphire Blue, Ice White, Brilliant Black, Amazing Silver and Solar Red and it will retail for £649 when it goes on sale later this month.