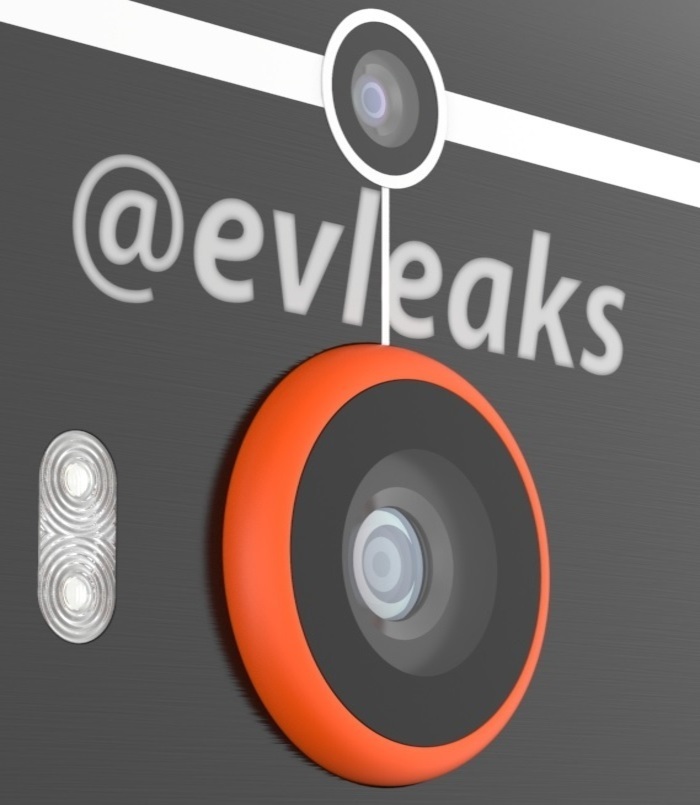 HTC is rumored to be working on a better version of their flagship device, dubbed as the HTC One M8. We’ve heard quite a lot about the alleged handset, with rumors suggesting that it will come with a composite metal case, and will come with beefed up specifications.

Recently, @evleaks posted a close up image of the HTC One M8 Prime, as well as a 360 degrees press render, showing the device from front and back.

In terms of looks, the device looks a little different from the HTC One M8, especially the camera placement, which may hint at the possibility that HTC will introduce a better camera in the alleged handset. Rumors suggest that HTC One M8 Prime will come with a higher megapixel UltraPixel camera, with the depth sensor.

Spec-wise, HTC One M8 Prime is rumored to come with a 5-inch display sporting a resolution of 2560 x 1440 pixels, and a quad-core Snapdragon 805 chipset with 3GB of RAM. Other rumored features include 16GB of internal storage with a microSD card slot, support for advanced LTE with speeds up to 300mbps, and should come with Android 4.4.2 KitKat.

Well, it’s all up to speculation at this point since there’s no official word from HTC about the existence of any such handset. The company launched the HTC One Mini 2 a few days back, and this should be next in the list if it really exists. Until then a grain of salt is required.

Head over to the source link to check the 360 degrees press render.