HTC only announced the new HTC One yesterday, but the device has already been benchmarked by the guys over at the XDA developers, and it looks like the new HTC One is an impressive device from the benchmarks.

The HTC One is features a 1.7GHz quad core Qualcomm Snapdragon 600 processor, it comes with 2GB of RAM and a choice of either 32GB or 64GB of built in storage. 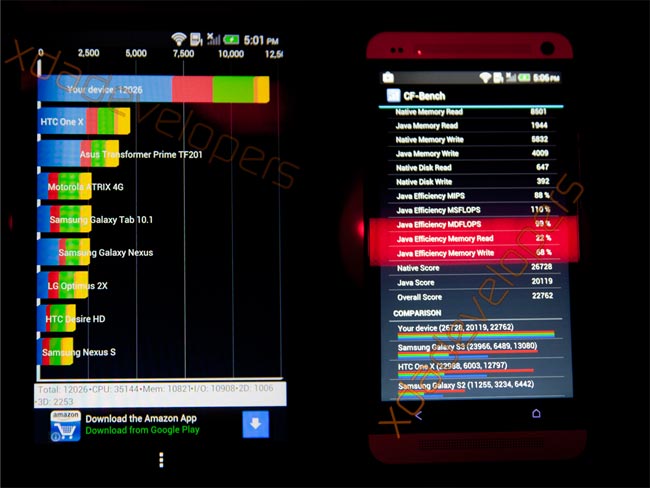 Other specifications on the One include Android 4.1.2 Jelly Bean and HTC Sense 5, plus a 4.7 inch full HD display with a resolution of 1920 x 1080 pixels and 468 pixels per inch, the handset also features HTC’s new Ultrapixel camera sensor.

You can see lots more benchmarks over at the XDA Developers.