We heard about some leaked specifications on the new HTC M7 back in December, and now it would appear that we may have a photo of the handset along with a screenshot of HTC’s new Sense 5.0 UI.

The following photos were posted to Weibo, and the device is rumored to feature a 4.7 inch full HD display with a resolution of 1920 x 1080 pixels, and it will come with Android Jelly Bean. 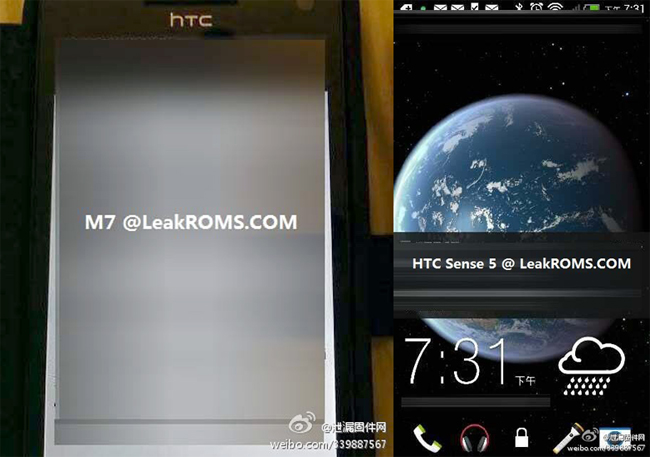 Other rumored specifications on the HTC M7 include a quad core Qualcomm Snapdragon processor, clocked at 1.7GHz, and the handset will also feature 2GB of RAM and 32GB of built in storage.

We have previously heard that the HTC M7 would be unveiled at CES, but now it would appear that we may have to wait until MWC next month to see this new handset.