The new HTC First smartphone was unveiled at yesterday Facebook Home launch event, and was revealed to be arriving on AT&T in the US for $99.99, on April 12th.

The sameday the new Facebook Home software becomes available to download from the Google Play Store. The HTC First will be equipped with LTE support and its rumoured to have a 4.3 inch screen. 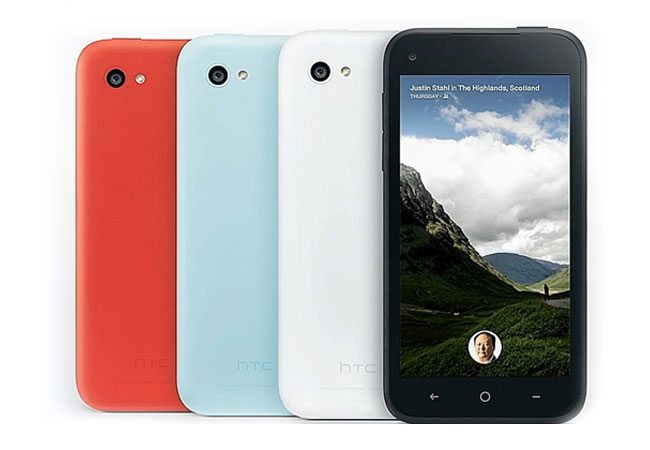 Full specifications for the new HTC First smartphone have still yet to be released by HTC, but we do know that the HTC First will be arriving in Europe on carriers EE and Orange.

“EE is the exclusive UK launch partner for the first smartphone with an entirely new Facebook experience, called Home, on the ‘HTC First’. The HTC First will be exclusively available this summer on EE’s superfast 4GEE service, with details on pricing and availability to be announced in due course”

“The HTC First will be available exclusively in the UK on EE 4GEE plans, providing customers with download speeds approximately five times faster than 3G – so they enjoy an optimised Facebook experience. Customers will be able to take out the handset with a 4GEE phone plan this summer, via the EE online shop, EE telesales and EE retail stores.”