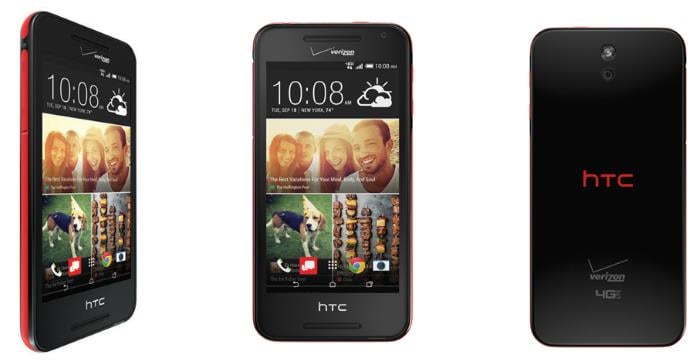 The Desire 612 offers a slightly different design when compared with the HTC Desire 610. Actually, it’s not just the design, the handset also bring slightly improved specifications on board as well. There’s a 4.7-inch display sporting a resolution of 1280 by 720 pixels — the HTC Desire 610 came with qHD resolution.

Rest of the specifications are identical to the Desire 610, there’s a 1.2GHz quad-core processor, 8GB of internal storage with a microSD card slot that supports up to 128GB, 8MP rear camera for photos and videos, 1.3Mp front-facing camera, 2,040 mAh battery and runs Android 4.4 KitKat as its operating system out of the box. The handset also features BoomSound speakers, as well as support for Verizon’s XLTE.

The device will go on sale for free provided you’re ready to sign a two-year contract with the carrier.