HP has designed a flexible wrist display for soldiers and other military personnel that is solar powered. The display is designed to be flexible and mounted on your wrist.

The display is only 200 microns thick, and will be able to display a range of data like maps and directions, and HP intend to start testing prototypes with the military early next year. 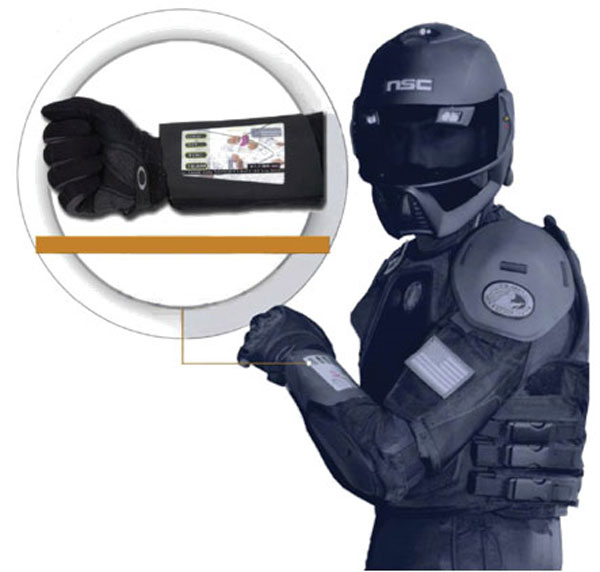 “Soldiers in the infantry carry enormous amounts of batteries and gadgets that can weigh up to 70 pounds,” says Carl Taussig, director of HP’s Information Surfaces lab, which is working on the project. “We could make it easier for them.”

The flexible display will use similar technology to that found in ebook readers like the Amazon Kindle and they will use eink. The displays will be manufactured using a roll to roll process, which is similar to the way that ink is printed on paper.