HP’s new Z1 all-in-one desktop computer system has been unveiled this week, and has been design to allow you to easily access its internal components, enabling you to upgrade and service workstations without tools.

The new HP Z1 workstations are equipped with a choice of options from Core i3 systems with integrated graphics up to a quad-core Xeon-powered workhorses with up to 32GB RAM (or 8GB ECC), together with Nvidia Q4000M graphics. Other features include a 1080p HD webcam, SRS sound, USB 3.0, Blu-ray, tool-less internal parts, and a 90% efficient PSU. Watch the promotional video after the jump for a guided tour by the Z1 developers and designers. 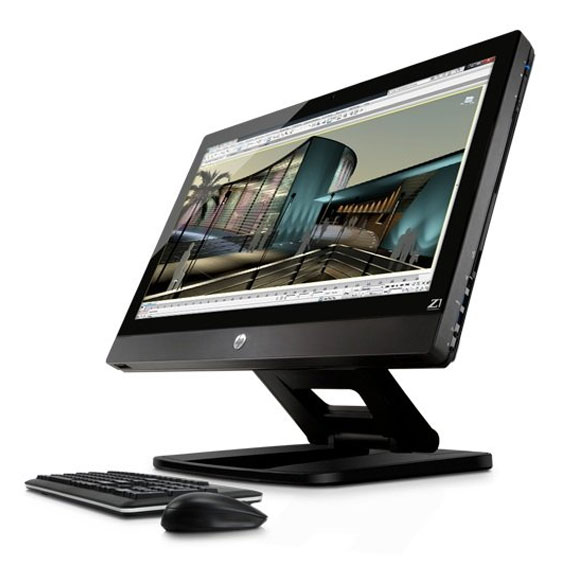 Finished in brushed aluminium, the new HP Z1 has been created to provide a solution for users who are looking for a professional workstation. Its built with a double-jointed stand allowing the screen to be folded flat, and is fitted with a Kensington lock to prevent unauthorised access.

Easy access is provided to the nVidia Quadro MXM graphics card, EEC high-performance memory, SSD and SATA drives (twin bays) and the power supply unit can all be pulled free from the motherboard and replaced. The new all-in-one HP Z1 computer will be arriving in April with prices starting from $1899.