The HP Compaq Airlife 100 will feature a 10.1 inch backlit TFT  display with a resolution of 1024 x 600 pixels, with 16-bit color, and the display is also a resistive touchscreen which means you will be able to use a stylus with it. 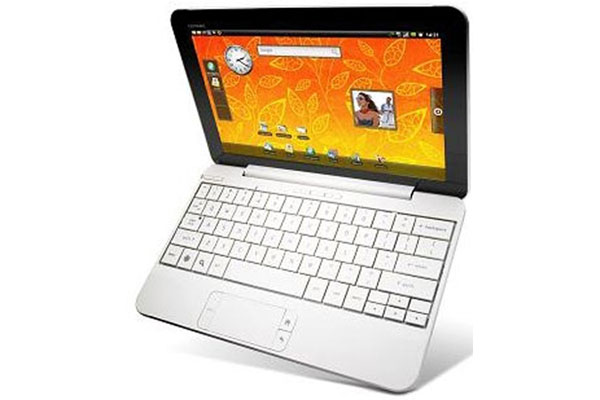 The HP Compaq Airlife 100 will feature a 28Whr battery, although no details have been released as yet on what sort of usage times you will get from the battery.

It will come with Google Android as its OS, no information on which version although we suspect it will be the latest Android 2.1. HP have also said that the Airlife 100 will offer support for POP3 and iMAP email, calendar, contacts, an alarm clock, and a camcorder application, which pretty much come with Android anyway.

There will also be QuickOffice for support for Microsoft office documents, RoadSync Exchange to sync you contacts, emails and calendar and Adobe Flash Lite.

There are no details as yet on when the HP Compaq Airlife 100 will go on sale and no information on pricing. Have a look and our article on Android vs iPhone to see which smartphone and mobile platform is best for you.