As the bicycle season gets closer, more and more people are getting ready to get their bikes out of their sheds. Either if they use it for work or for exercise or hobbies, people value their bikes and do what they can to prevent it from getting stolen. Unfortunately, in this day and age, a simple bike lock won’t stop an experienced bike thief anymore. 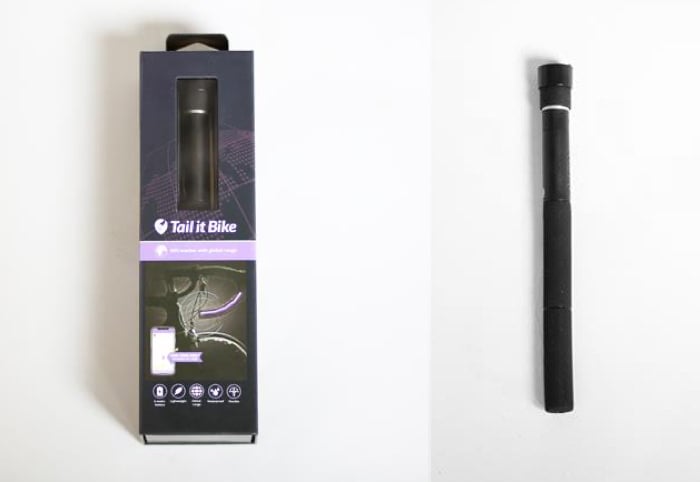 The bike thieves of this world has become seasoned in the ways of anti-theft mechanisms, and it’s time for the bicycle users to adapt. That’s why Tail it developed the “Tail it Bike”; a GPS tracker for bicycles. The tracker is light weight, it’s flexible so it fits both curved and standard handlebars and has a rechargeable battery with a capacity of up to 6-8 weeks on a single charge.

But how can a GPS tracker prevent your bike from getting stolen? Well, it won’t, probably. But the tracker is hidden inside the handlebar, leaving the thief clueless that the bike is being watched. This would leave you able to contact the authorities and re-claim your bike. But what if the thief moved the bike indoors somewhere, where it can’t get GPS signals? Don’t worry. The Tail it Bike also has Wi-Fi and LBS position logic as a backup, if the tracker would fail to get a GPS update. So if the tracker was moved in-doors, you would still get a position update.

The bike tracker also has a movement sensor being developed and has an OTA (Over-the-air update) function which allows the product to be updated and improved continuously after feedback from customers. This means the product never stops adapting, staying one step ahead of the thieves. The tracker has two modes; active mode and passive mode. Passive mode saves you a lot of battery and has a simple logic where it updates position once any time you want it. So if you have your bike parked somewhere, it’s great for keeping track of it long term. The active mode allows you to have live tracking on your bike, updating the position from every 5 seconds, to every 2 minutes.

The tracker is charged with a micro-USB and can be charged while installed in the handlebar, so you don’t have to take it out every time you want to charge it. The devices uses the GSM network to send data, which means it uses a special made, encrypted sim-card which requires a subscription. It’s controlled from a simple application, which is both EU GDPR compatible and encrypted. Tail it is a technology company based in Norway, where the standards for cyber security are very high. During the development of the tracker, Tail it also enlisted the help of the Norwegian Government Research Council.