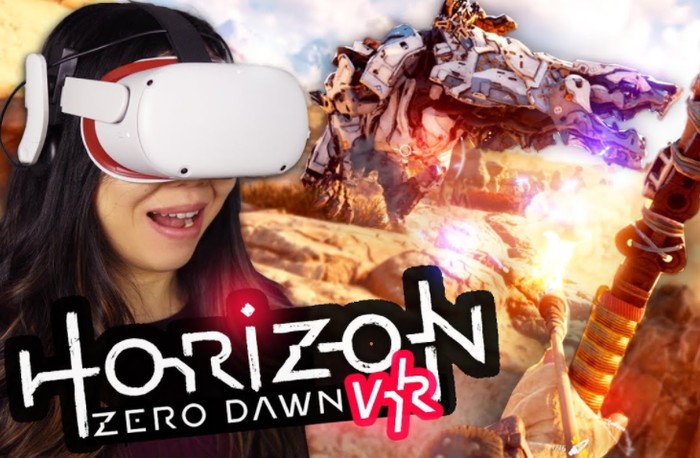 Horizon Zero Dawn fans may be interested in know that a new Horizon Zero Dawn VR mod is now available and has been kindly demonstrated by the Cas and Chary VR YouTube channel for your viewing pleasure. Check out the video below to view what you can expect from the VR first person mod created by modder LukeRoss who has been responsible for creating a wealth of VR mods games such as Red Dead Redemption 2, GTA 5 and more.

The UploadVR website writes : “We’ve played a few hours of the mod now. As always, it’s an impressive conversion from Ross that — as with most VR mods — isn’t perfect. We struggled to get performance running at a consistently acceptable level (maxing out at around 45fps using a 3070 Ti card), and there are the expected weird moments of playing a third-person flatscreen game in first-person with VR.”

“For the first time ever, it’s possible to see the most astounding post-apocalyptic world in first-person VR as Aloy. A huntress that uses speed, cunning, and agility to fight against colossal machines that now dominate the future. This is Horizon Zero Dawn, the entire full game in VR. Mr VR Mod genius LukeRoss has done it again. He released several mods already for HUGE games, like for GTA V, Red Dead Redemption 2, Mafia 3, and now we’ve got HZD.”