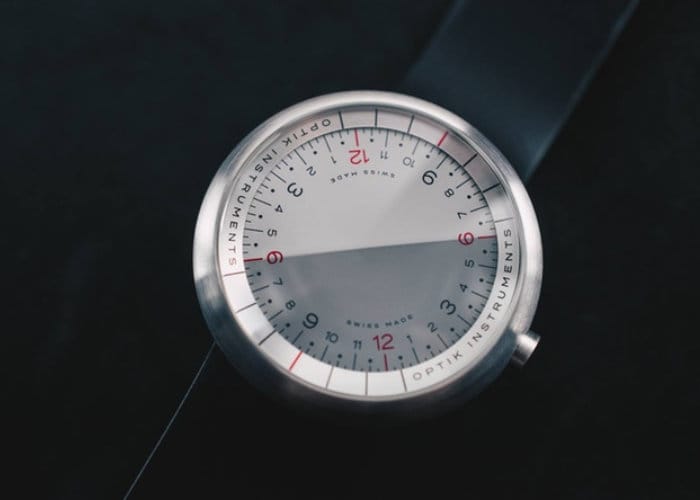 Optic Instruments based in Henley-on-Thames in the United Kingdom have created a unique wrist worn timepiece in the form of the Horizon Watch, which offers owners an intuitive design available in a range of five different finishes and styles. Watch the promotional video below to learn more about the inspiration behind the Horizon Watch, which has launched via Kickstarter and already raised more than £185,000 thanks to over 765 backers with still 23 days remaining on its campaign. Unlike other watches the Horizon watch doesn’t display time second by second or even minute by minute, but provides “waypoints” in each hour, quarter-past, half-past and quarter-to the hour. 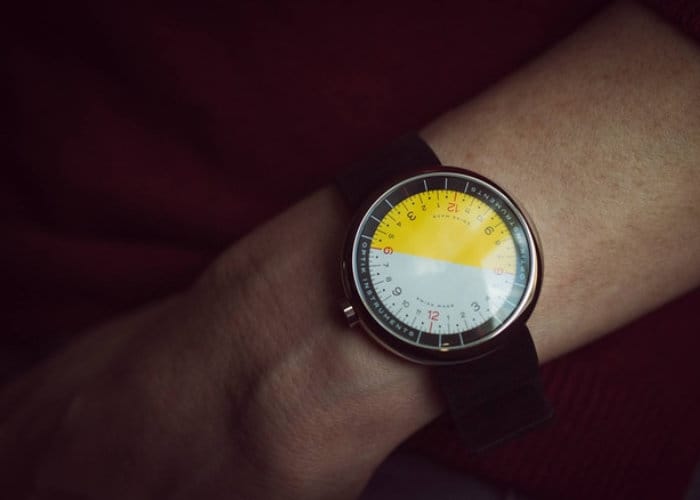 The British designed watch is manufactured in Switzerland and displays all 24 hours in your day in full, splitting the watch face into light hours and dark hours, early morning and evening. “The HORIZON was designed to be recognisable as an OPTIK INSTRUMENT immediately – nothing else like it. The disc design is the most prominent part of the HORIZON and it should be; function before form. However the supporting parts are all equally as important and we have spent over a year refining the design.” 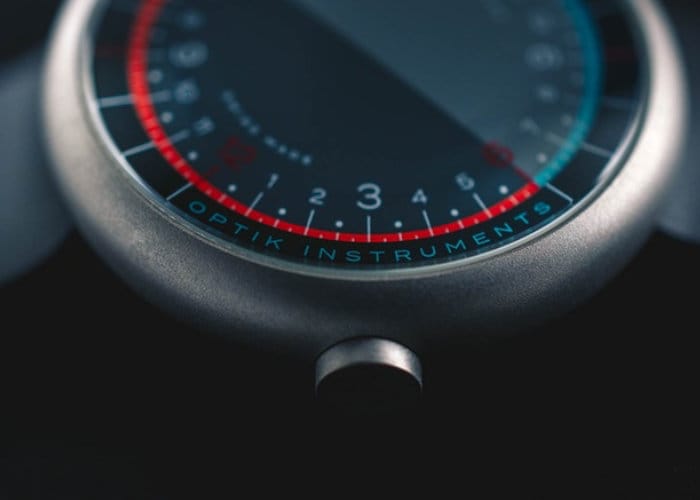 Pledges are now available from £199 for early bird backers offering a massive 50 percent saving off the recommended retail price, with shipping expected to take place during September 2018 if all goes well with the manufacturing process. For more information and full specifications as well as details on each individual style available jump over to the official crowdfunding campaign page by following the link below.