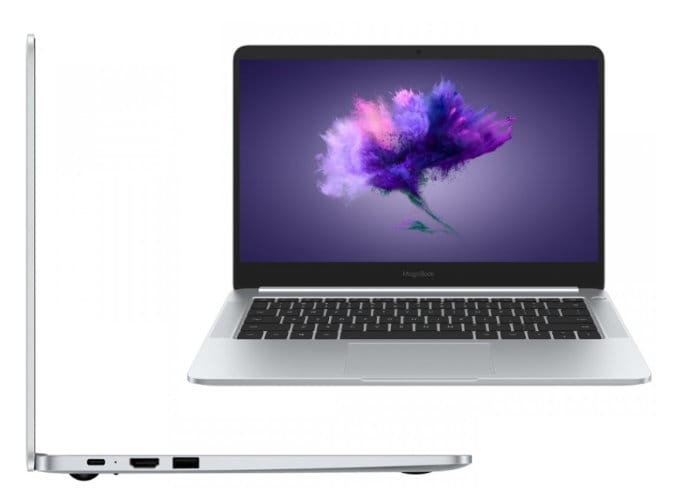 At a launch event in China this week Honor the smartphone brand owned by Huawei has this week announced their very first notebook Which takes the form of the Honor MagicBook. The new Honor notebook is equipped with a slim bezel design and sports a 14 inch display and will be available to purchase throughout China from next week, priced from $800 upwards and will be available in two configurations.

The new Honor MagicBook notebook is fitted with a 57Wh battery capable of providing users with between 12 and 13 hours of battery life on a single charge. Other features of the new notebook systems include connections in the form of a USB Type-C port, one USB 3.0 Type-A port and one USB 2.0 Type-A port, HDMI port together with a fingerprint reader which is built into the power button and four speakers equipped with Dolby Atmos audio. For more information in full specifications jump over to the official Huawei Honor website. At the current time Honor has not announced any worldwide availability outside of China but if more details are released we will keep you up-to-date as always