Some of our readers will remember ASIMO, Honda’s robot which turned 10 years old last year, Honda has just unveiled a new version of ASIMO, and he has had a few upgrades over the previous version.

The new ASIMO is now capable of continually moving without being controlled by an operator and he is apparently also more intelligent and able to adapt to more situations and tasks. 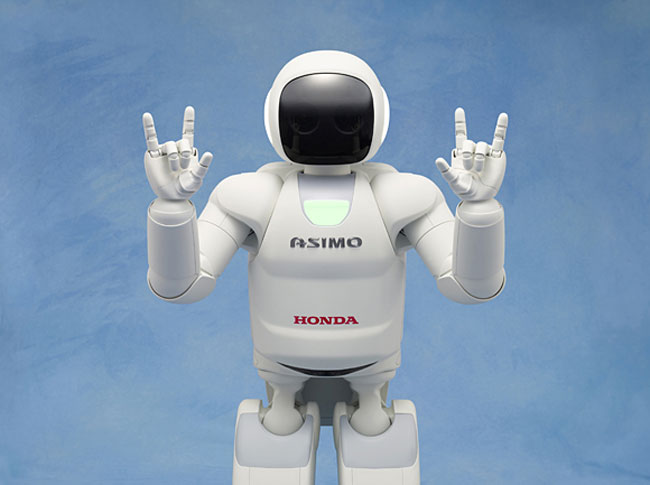 The all-new ASIMO is now advanced from an “automatic machine” to an “autonomous machine” with the decision-making capability to determine its behavior inconcert with its surroundings such as movements of people. At the beginning of the development process, the following three factors were identified as necessary for a robot to perform as an autonomous machine.

You can find out more information about the latest version of the Honda ASIMO robot over at Honda.