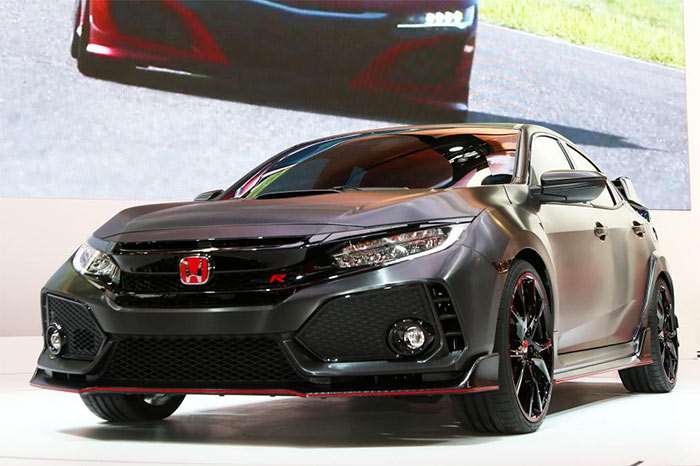 Easily one of the most interesting cars to ever wear the Honda badge is the Civic Type R. This car is coming to the US, which is great news even if it’s not what a AWD or RWD purist might want being a FWD car. At the Geneva show last year Honda showed off a prototype of the car.

The car that will be on display this year is dubbed “close to production” whatever that means. I hope that it might only mean the paint isn’t production and all the other bits are. Honda is reportedly giving the new Type R a more subtle and mature look rather than the extreme looks of past Type Rs. The car does carry on with the big rear wing, but gets a less extreme front bumper and rear diffuser.