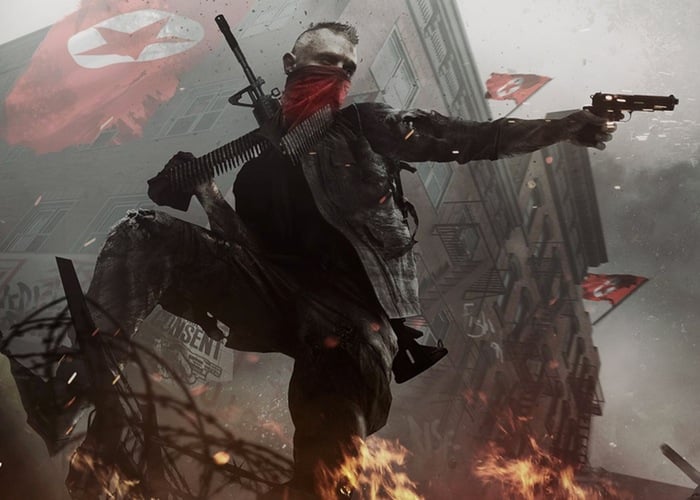 Earlier this month Crytek UK announced the development of a new sequel for their popular Homefront game in the form of Homefront The Revolution that will be available on consoles and PC.

The new Homefront The Revolution sequel is set in 2029, a full two years after the events of the original Homefront game and four years into the Greater Korean Republic’s invasion of the United States.

“The GKR has lost the western states to the Americans. However, the war is far from over as the GKR has shifted their control to invade and capture many of the eastern states, with Philadelphia (which was the resistance birthplace) becoming their base.

The new Philadelphia is a heavily policed and oppressed environment, with civilians living in fear as the KPA patrol multiple districts in the city. In the city, a second rebellion is brewing up and the resistance is getting stronger, being led by protagonist Ethan Grady, but they will need more than just strength to take down the technologically advanced GKR.”

Homefront: The Revolution, will be released next year for PC, PlayStation 4 and Xbox One. But no official release date has been announced as yet by the game’s developers or publisher Crytek and Deep Silver.