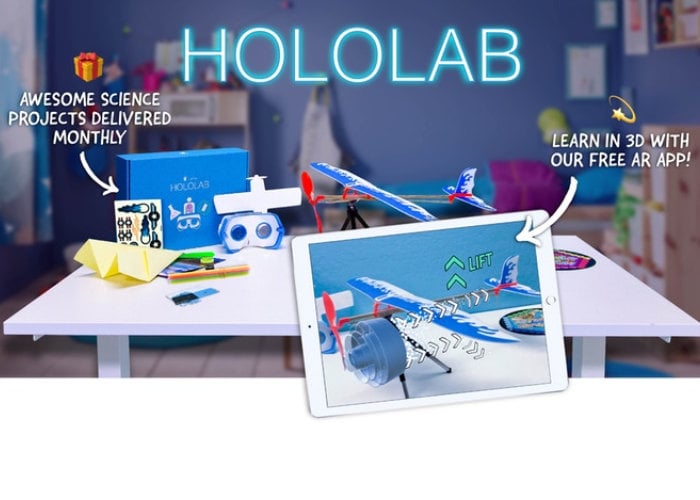 A new 3D learning experience has launched via Kickstarter this week called Hololab, which has been designed to teach children the “science of tomorrow”. Watch the demonstration video below to learn more about the augmented reality system and projects which educate children about subjects such as climate change, artificial intelligence and space.

“Introducing Hololab, the first 3D learning adventure of its kind. Hololab leverages augmented reality technology to teach kids about science, technology, and engineering in ways that were never possible, until now. We imagine a world where children no longer learn from dusty textbooks, but from inspiring, immersive activities that instill a healthy love of science in the change-makers of tomorrow. Our mission is to make a best-in-class education fun and accessible to any child in any home, and we believe that Hololab has the potential to do just that. Welcome to the future of learning. “

Pledges are available from $29 and monthly subscriptions allow you to access content as and when you need. For more details and full specifications jump over to the official Kickstarter crowdfunding campaign page which is available via the link below. Unfortunate the current time the Hololab experience is only available to residents of the United States although hopefully this will change as more funding is raised.