Today Hipstamatic is launching it new D-Series App, which will bring back a retro style of photography, long forgotten with digital cameras. The new Disposable Series iOS app, or D-Series is a free program that doesn’t allow you to view your images as you take them. But forces you to wait until a virtual real has been fully used.

But that’s not all you can also invite others via Facebook to use the virtual roll. Just like a real old school film reel, once a person in the group takes a shot the, real image counter clicks down on everyone’s app in the group. 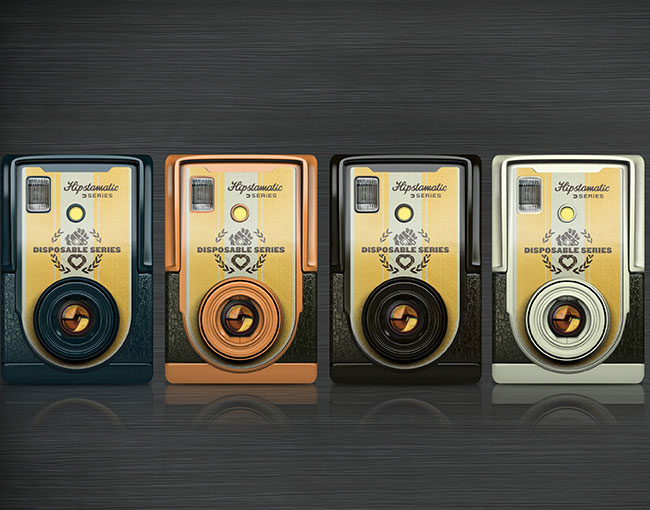 “I love that idea of really bringing the analog back to photography,” – “We thought, what if you can shoot a whole roll of film together and you’re not just sharing photos and seeing them, but you’re getting that sense of surprise and delight at seeing them once it’s done?”

Once the real is finished a push notification and the completed roll is delivered both to your iPhone camera roll and to the entire group that was using the virtual camera. Creating a virtual gallery in the sequence of the snapped photographs.

You can download the new D-Series app for the iTunes App Store for free. Enjoy!