Still unemployed? Bummer. At least your current redundancy leaves you a lot of spare time, which is perfect for this new flowchart that cropped up recently. If you can’t find a job in today’s global economy, greener pastures are to be had in a galaxy far, far, away. Forget that college degree, knowing has to handle a blaster is lightyears more useful! 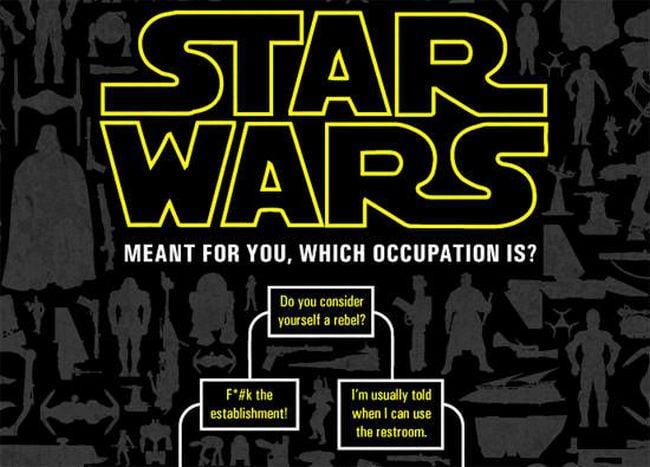 In a simple question and answer breakdown, a series of inquisitive q’s leads to particular career paths of varying awesomeness. Except for Ewok Chief. Being an Ewok Chief blows worse than an exploding Death Star. Oh yes, there are openings for Death Star Laser Operators too.

This writer actually landed on “Bounty Hunter,” which was beside the real target: Sith Apprentice.

To get an eye-full of the graphic, click on the source link below.

Why are there no Stormtroopers?