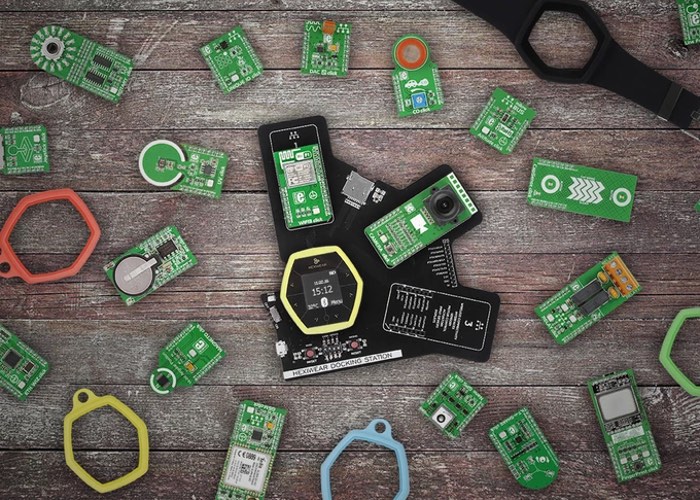 Developers, makers and hobbyists that enjoy building Internet of Things projects may be interested in a wearable development kit which has been created by MikroElektronika based in Belgrade, Serbia which has been specifically designed for easier IoT project creation.

The development kit allows you to create your very own smartwatch, or sophisticated home controller using a small Bluetooth enabled low-power circuitry which can be combined and tweet to your exact IoT needs.

Hexiwear is a wearable development kit for the Internet of Things era. A small and sleek, low-power device packed with sensors to quantify yourself and the world around you. Wirelessly enabled, it can connect both to devices nearby – or to cloud servers far away. Its greatest feature? The new and original firmware you will develop.

Above all, Hexiwear is a foundation for your own inventions. It comes with several preloaded apps to give you a flying start. From there, you can use it to build a smartwatch, a remote sensor tag, or expand it into a sophisticated smarthome controller. In order to build this kit with the best technology available, we partnered with NXP Semiconductors. We designed and produced the first batch. Now, we are asking for your support. Makers, start-ups, students, and R&D engineers will all benefit from this IoT development platform. You will benefit from the “coolness” of using this device as an end product.

The Hexiwear project is currently over on the Kickstarter crowd funding website looking to raise $20,000 in pledges to make the jump from concept to production. So if you think Hexiwear is something your IoT projects could benefit from, visit the Kickstarter website now to make a pledge and help Hexiwear become a reality.