Kondo has started shipping a new spidery robot and even though their Hexapod KMR-M6 only has six legs rather than eight its movements are very spider like. Its frame is constructed from aluminium alloy and it weighs in at just over a 1 kg, measuring 82×335×223 mm and will be available in Japan next month priced at $880.

The Hexapod is capable of lifting things over 3 times it won body weight and is is powered by a 10.8V 800mAh Ni-MH battery. Its comes with its own configuration software that allows you to tweak its setup and control to suit your needs and requirements. Watch a video of the new Hexapod KMR-M6 six legged robot up close after the jump. 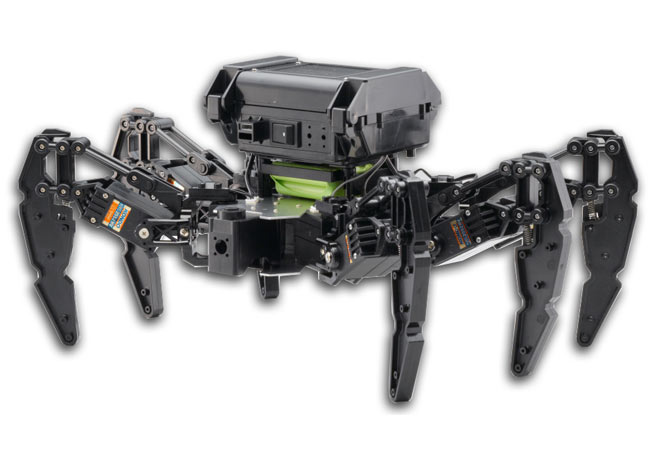 Kondo designed the robot to require only two servos per leg using a unique spring and multi-bar linkage approach that provides improved flexibility and stability even while tackling complex obstacles. With the on-board controller and electronics concealed in a enclosure on the back of the Hexapod KMR-M6.