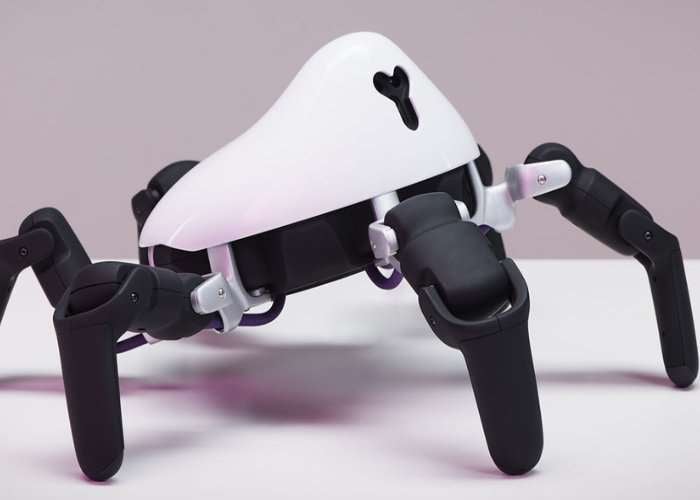 A robotics engineering and development team based in San Francisco have created a new programmable and highly manoeuvrable six legged robot aptly named the HEXA.

Priced at $499 the HEXA robot comes complete with MIND, a robotics operating system and SDK. Watch the demonstration video below to see HEXA in action and learn more about its functionality and features.

The developers behind HEXA explain more about its design inspiration.

HEXA is a friendly, six-legged robot. It’s agile, smart and compact enough to fit in your backpack. HEXA has a high degree of maneuverability and can nimbly handle different environments and terrains.

Robots are the next big platform. We’ve all dreamed of a world where robots interact with and help humans in their daily lives. But the reality is, robots have a long way to go. Limited access, due to robots being either too expensive and complex or too simplistic, has kept innovators, explorers and the masses at bay.

Enter HEXA, the first of a new generation of accessible, programmable robots from Vincross. HEXA is a 6-legged, highly maneuverable, compact robot that comes complete with all the necessary sensors. Along with HEXA, we deliver MIND, a robotics OS and SDK, where for the first time, individuals don’t need to know underlying hardware and complex mechanics to learn and create interesting robotics functionality.

HEXA is now available to back via Kickstarter with early bird pledges starting from just $499 and delivery expected to take place during February 2017. For full specifications and more information jump over to the official Kickstarter campaign page via the link below.