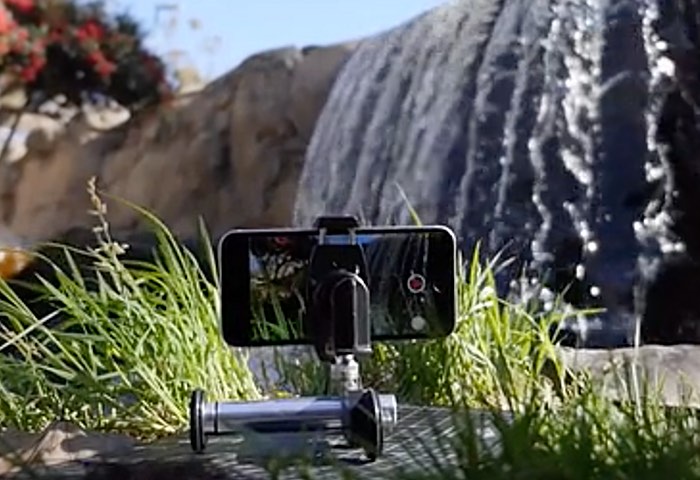 You may be interested in Hercules which has been created by Rollocam and has been specifically designed to provide a powerful way of creating Hollywood style cinematic imagery using just a tiny device.

The patent pending motion control camera system will accommodate cameras up to 20lbs in weight and can be seen in action in the promotional video below.

Sliders and motion control units give you precise, motorized control of camera moves and create stunning time-lapses. Unfortunately, conventional systems are heavy, complicated to use, and can cost thousands of dollars. The time and skill required to set up a conventional motion control system prevents people from using them whenever and wherever inspiration strikes.

Our team of electrical engineers, software developers, and filmmakers set out to create a very portable, low cost product that was capable of creating the beautiful shots of motion control units. The result is The Hercules.

The Hercules was designed to be small but powerful.  It easily fits into a shirt pocket and can be assembled in seconds. The Hercules runs smoothly over any flat surface so it doesn’t need a slider track. This gives you incredible, low angle shots that are not limited by track length.

For more information on the new Hercules camera control system jump over to the Kickstarter website for details and to make a pledge from just $99.