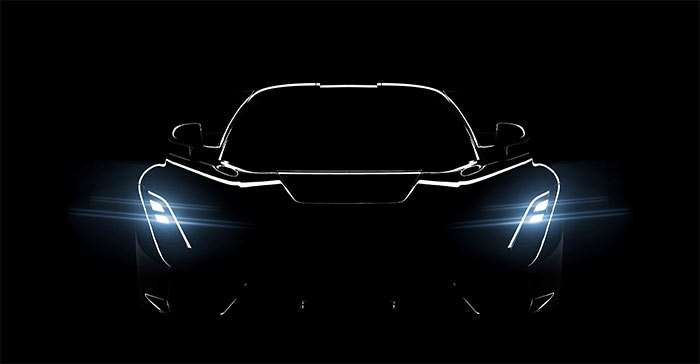 Hennessey is teasing a new hypercar that it is building down in Texas. The car will be unveiled officially later this year and will be called the Venom F5. The F5 gets its name from the Fujita scale that measures the wind speed of a tornado.

Wind speeds for F5 tornados are between 261 mph and 318 mph, clearly a top speed of 261 mph is in the sights for the Venom F5. In fact, Hennessy says that the F5 is a unique design and will have performance able to push the car to a top speed of around 300 mph. Hennessey is directly calling out the Bugatti Chiron.

Venom F5 promises cutting edge design tech chassis, and engine development all to support the goal of being the fastest production series super sports car. More details about the car will be offered up “very soon” and for now all we get is the name and the teaser image above.