If you are looking forward to the new Hellraid game currently in development by Techland which will provides gamers with a horror/fantasy-style first-person RPG.

Hellraid is being built on the same Chrome Engine 5 and unlike Dead Island, Hellraid doesn’t have an open world but is constructed using “a series of open-ended maps”. Watch the video after the jump to see it in action. 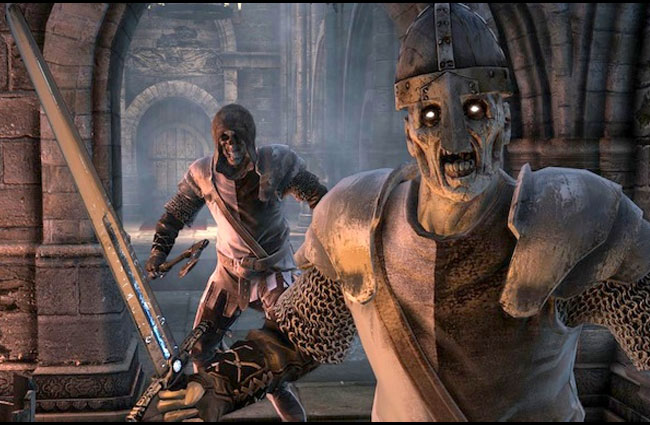 “Fight, develop skills, collect loot and craft weapons while exploring a world devastated by demons. Treacherous swamps, squalid prisons and ancient catacombs will be among the settings of your adventure. Hellraid offers what’s best in the hack & slash genre but viewed from the immersive First-Person Perspective.”

Play in cooperation in a team of four heroes with different skills and weapon capabilities. Slaughter enemies with swords and axes as a Warrior. Heal and protect your friends with the Paladin’s defensive magic. Burn, freeze and electrocute demons with the Mage’s staff and kill with precision of the Rogue’s crossbow.

System-generated online challenges, loot and enemy spawn points make the game playable for hundreds of hours! Coopetition also adds an additional layer of rivalry with points gained for each kill, assist, completed quest and challenge. Be the best in your team to receive greatest reward and climb up the leaderboards.”

“Join a group of fierce combatants mustered by the Guardian of the Ancient Tomes and begin your quest for the survival of mankind.”

Hellraid is currently being developed by the makers of Dead Island and is set to be relaxed later in 2013 for PC, PS3 and X360.